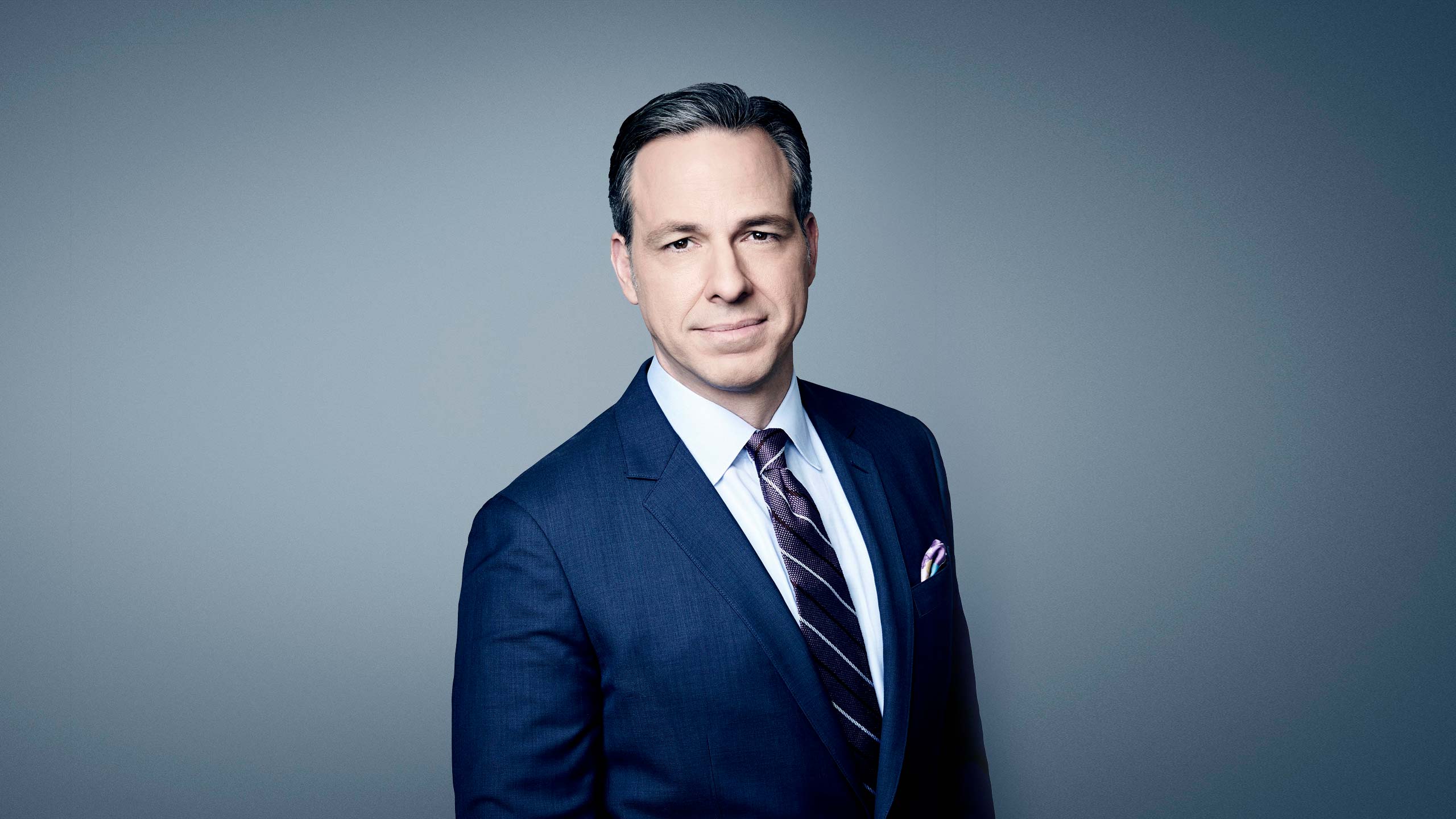 CNN anchor and chief Washington correspondent Jake Tapper joined the network in January 2013. Tapper currently anchors a one-hour weekday program, The Lead with Jake Tapper, which debuted in March 2013, and has hosted CNN's Sunday morning show, State of the Union, since June 2015.

Most recently, Tapper lent his political expertise to CNN's 2016 election coverage and moderated two Presidential Primary debates. On election night, Tapper played a pivotal role in the network's coverage of the race and provided analysis on projections throughout the evening.

Tapper has been a widely-respected reporter in the nation's capital for more than 15 years. His reporting on the 2016 election has been recognized with a number of awards, including a 2017 Walter Cronkite Award for Excellence in Television Political Journalism, the Los Angeles Press Club's Presidents Award for Impact on Media, and The Canadian Journalism Foundation's Tribute to Exemplary Journalism. Tapper has also earned the coveted Merriman Smith Award for presidential coverage from the White House Correspondents' Association four times.

In addition to his reporting, Tapper has also authored four books, including his debut novel The Hellfire Club, published in 2018, The Outpost: An Untold Story of American Valor, published in 2012, Down and Dirty: The Plot to Steal the Presidency, which was published in 2001, and Body Slam: The Jesse Ventura Story, which was published in 1999. The Outpost, debuted in the top 10 on The New York Times best seller list. Tapper's book and his reporting on the veterans and troops were cited when the Congressional Medal of Honor Society awarded him the "Tex" McCrary Award for Excellence in Journalism.

Tapper joined CNN from ABC News, where he most recently served as senior White House correspondent, a position he was named to immediately following the 2008 presidential election. He also played a key role in ABC News' Emmy award winning coverage of the 2009 inauguration of President Barack Obama, and its Murrow-Award winning coverage of the death of Osama bin Laden.

In his more than nine years at ABC News, Tapper covered a wide range of stories, visiting remote corners of Afghanistan, covering the war in Iraq from Baghdad, and spending time in New Orleans to cover the aftermath of Hurricane Katrina and the failure of the levee system. In 2008, he served as a lead political reporter for the coverage of the presidential election.

Prior to joining ABC News, Tapper served as Washington correspondent, then national correspondent, for Salon.com. He began his journalism career at the Washington City Paper and his reporting has been published in The New Yorker, The New York Times Magazine, The Washington Post, The Los Angeles Times and The Weekly Standard, among others. He has drawn caricatures and illustrations for the Washington Post and the Los Angeles Times, and his comic strip, "Capitol Hell," appeared in Roll Call from 1994 to 2003. In 2001, he hosted the CNN show Take 5, a weekend program that featured young journalists talking about politics and pop culture.