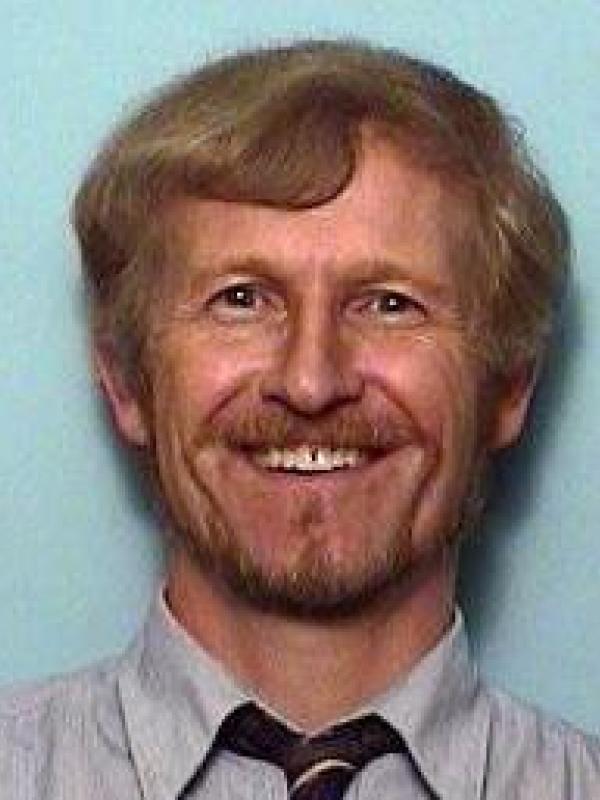 He graduated from the State University of New York at Buffalo (BA, 1973).  He has had six collections of his editorial cartoons published. In addition he authored and illustrated a children's book My School is Worse Than Yours.

Toles has numerous national cartooning awards, including the H.L. Mencken Free Press Award, the John Feschette Award, and the 2004 Overseas Press Club Thomas Nast Award. He was named Cartoonist of the Year by Editor and Publisher in 2002, by the National Cartoonists Society in 2003, and by The Week Magazinein 2005. In 2005 he received the National Headliners Award. Toles was awarded the Pulitzer Prize for Editorial Cartooning in 1990. 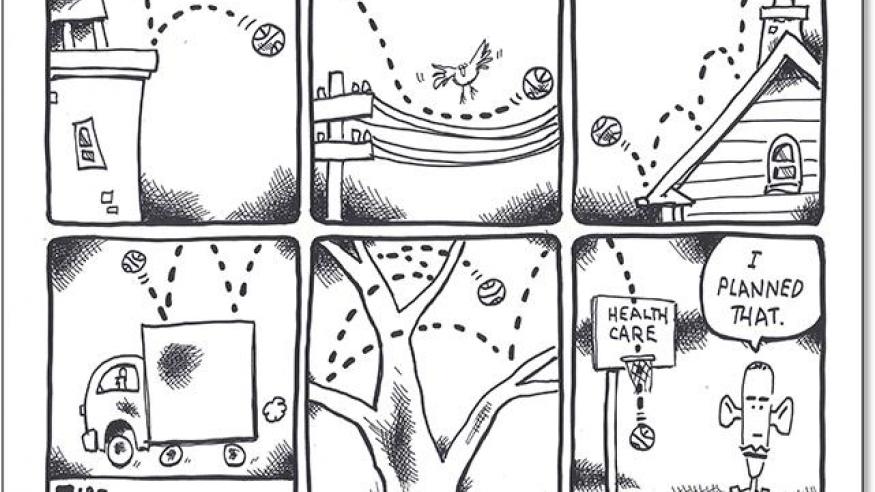 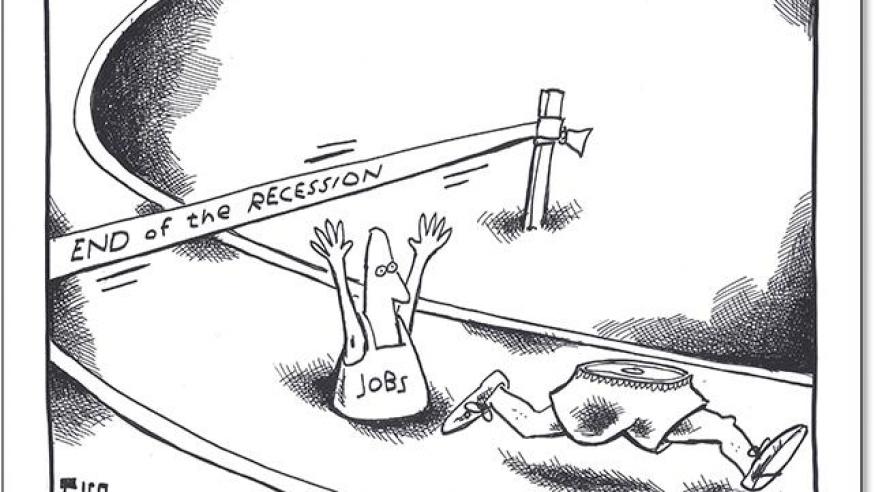 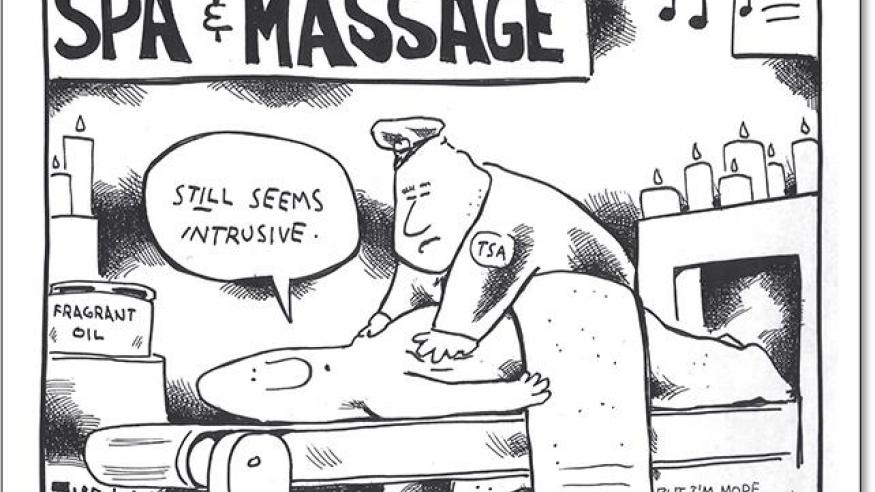 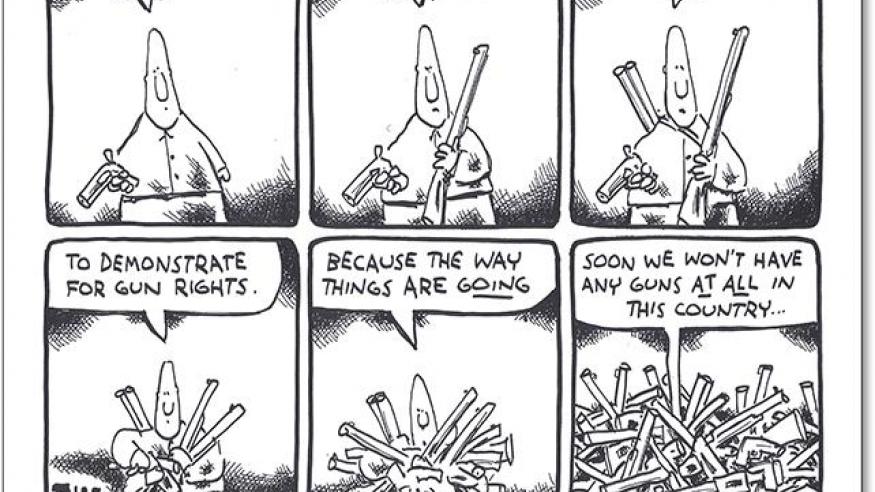 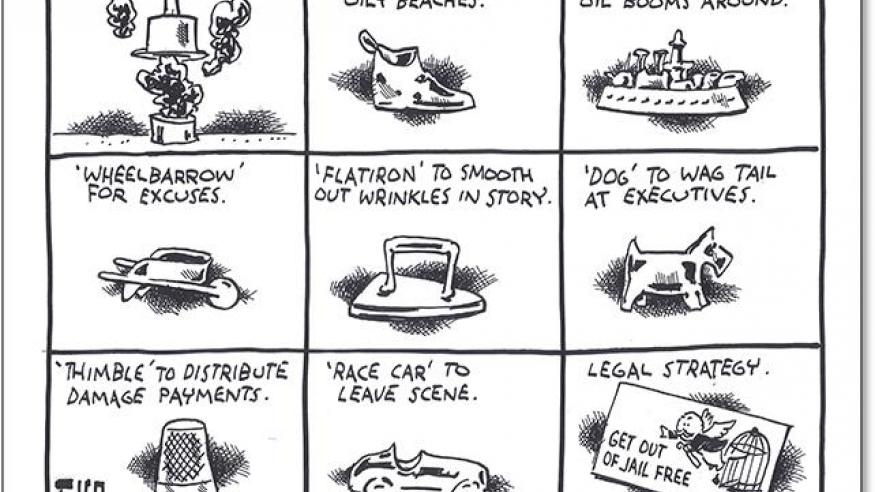 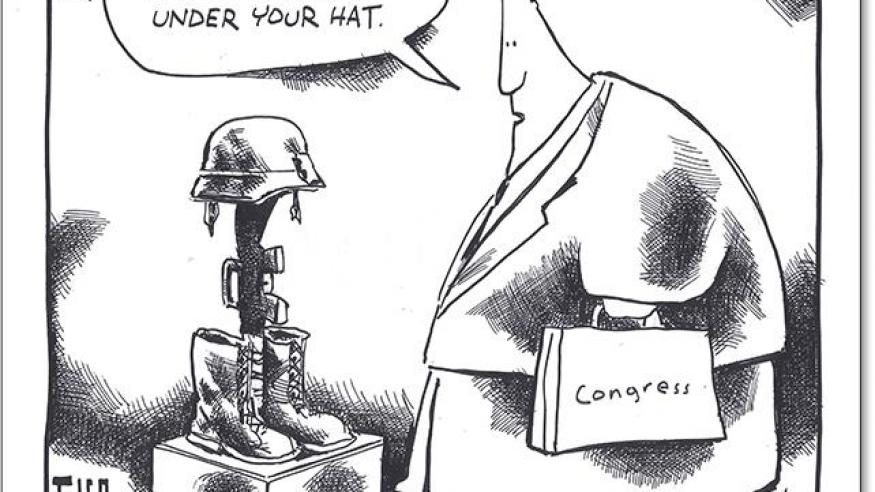 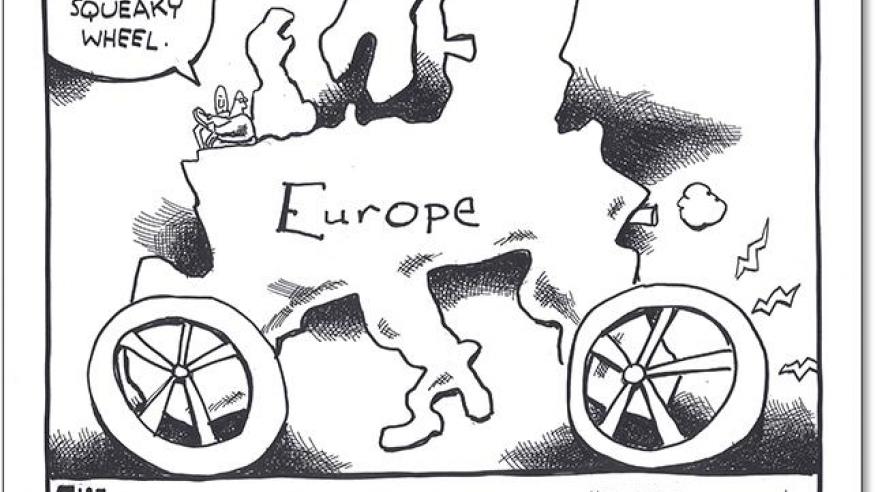 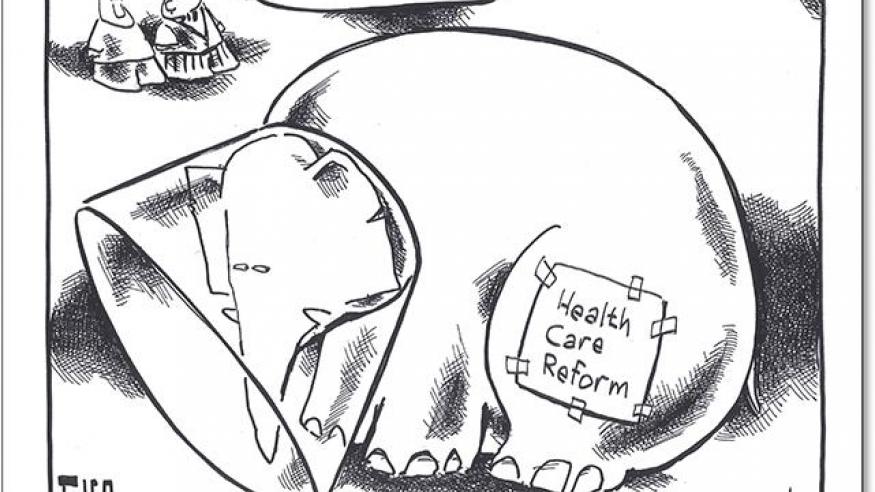 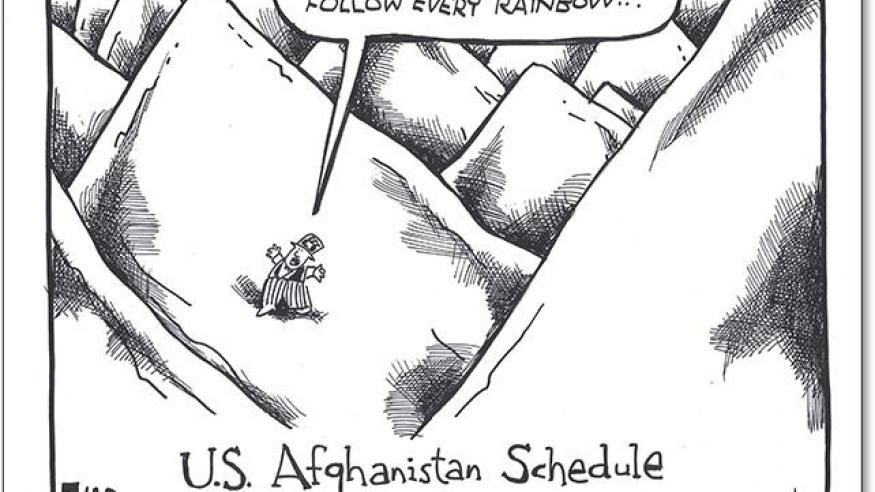 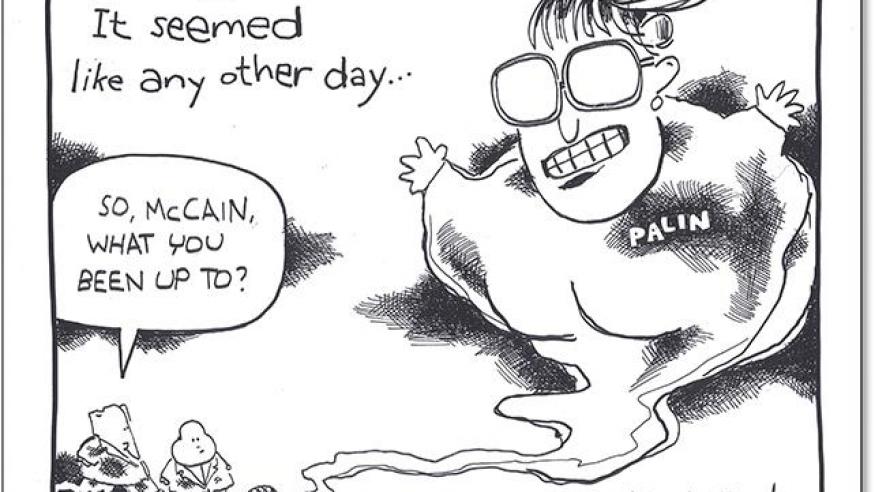 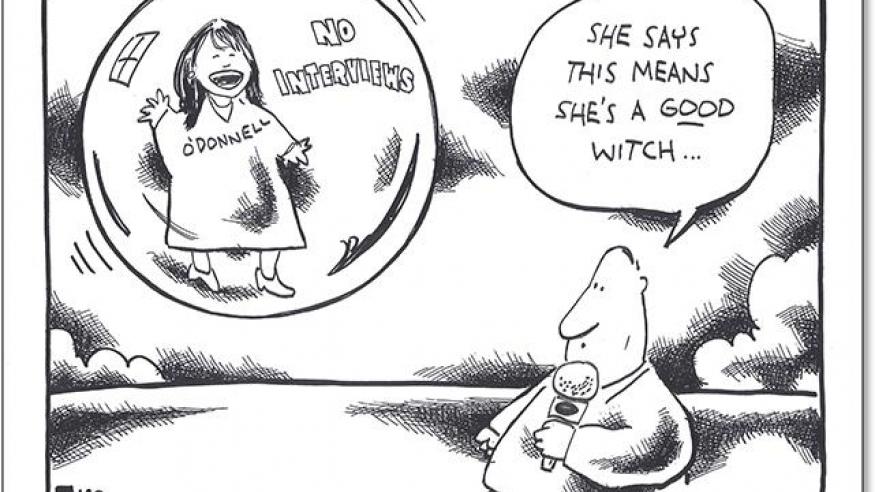 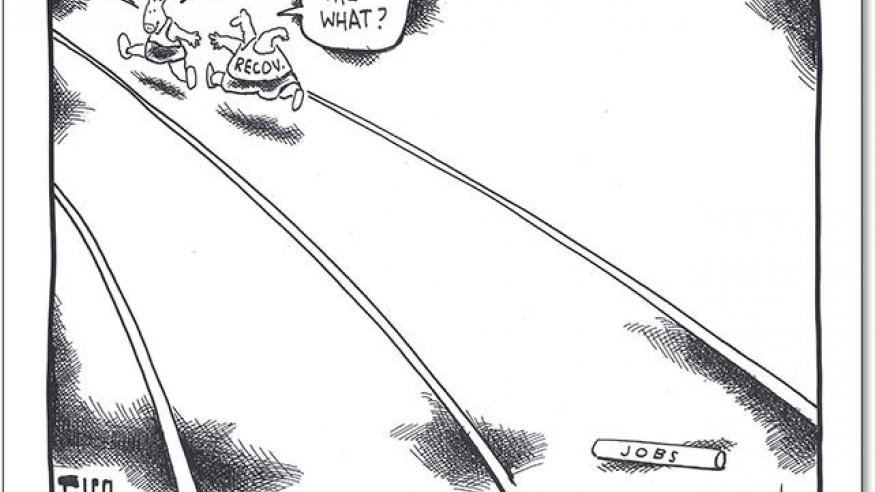 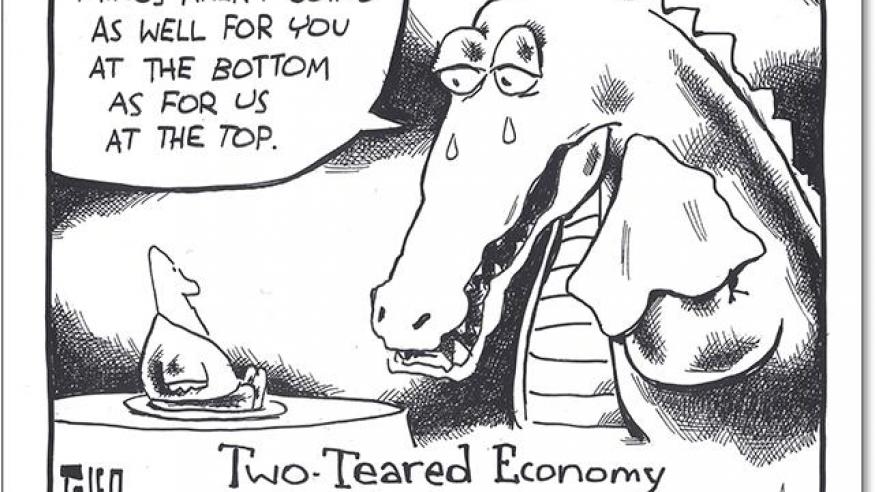 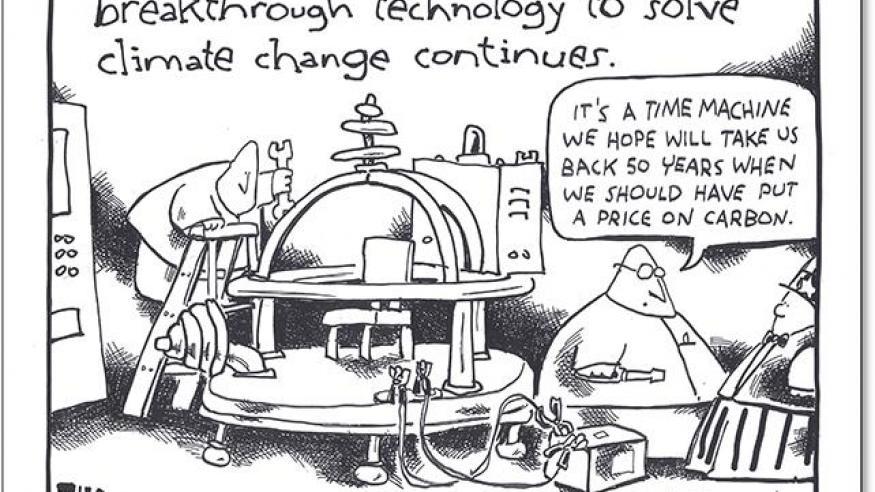 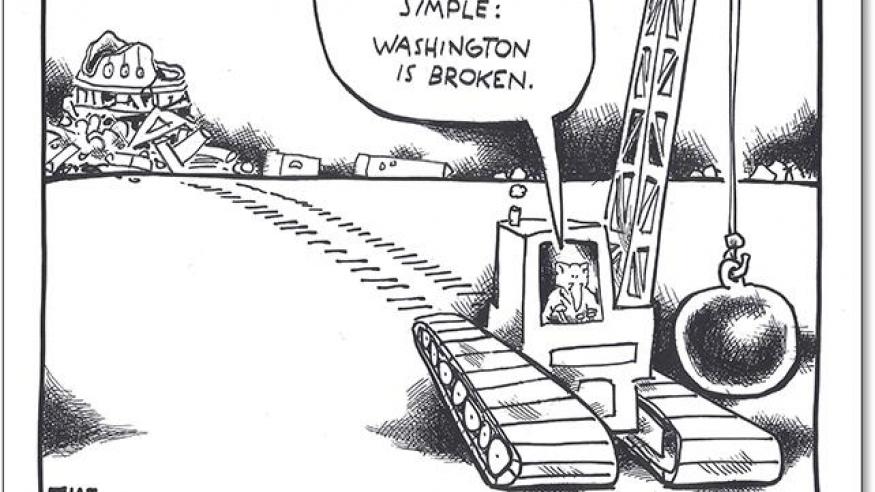 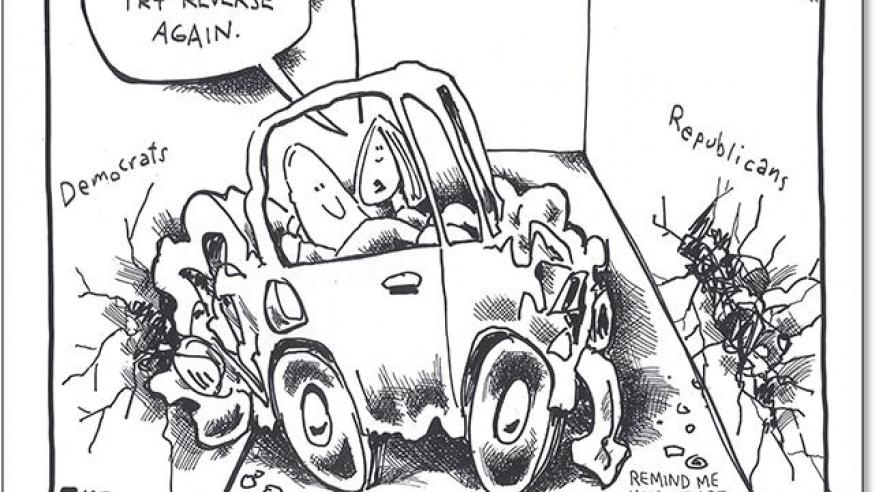 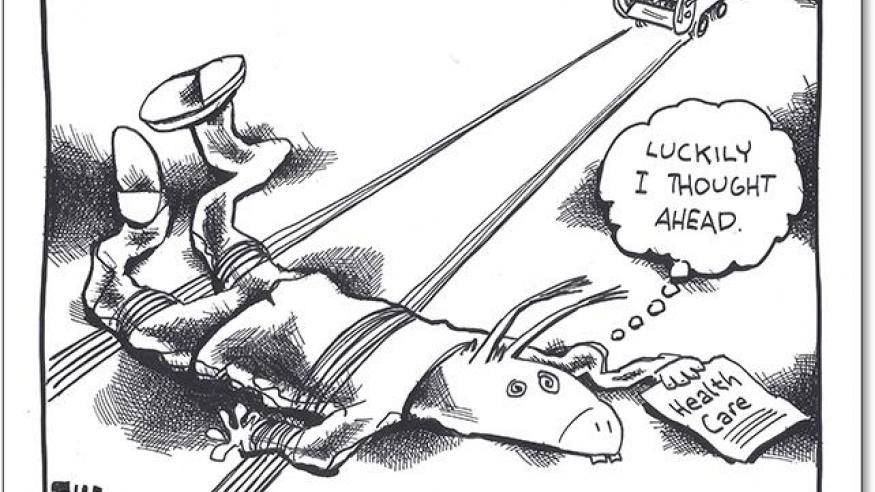 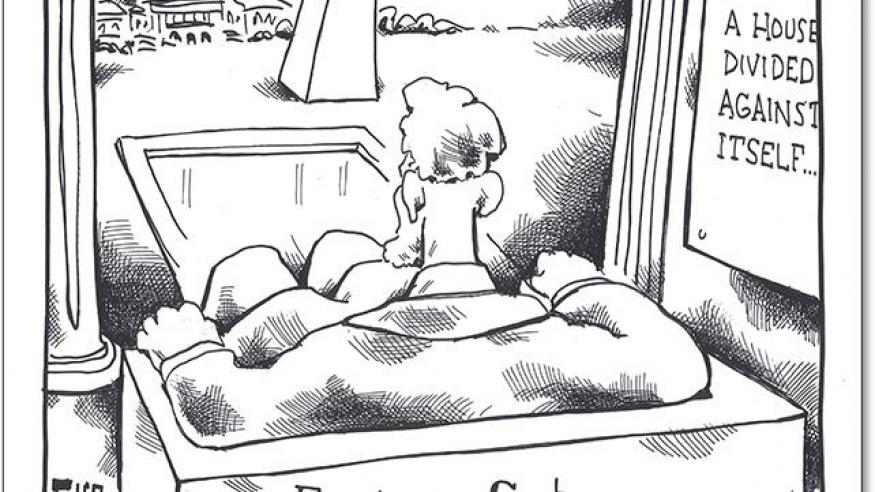 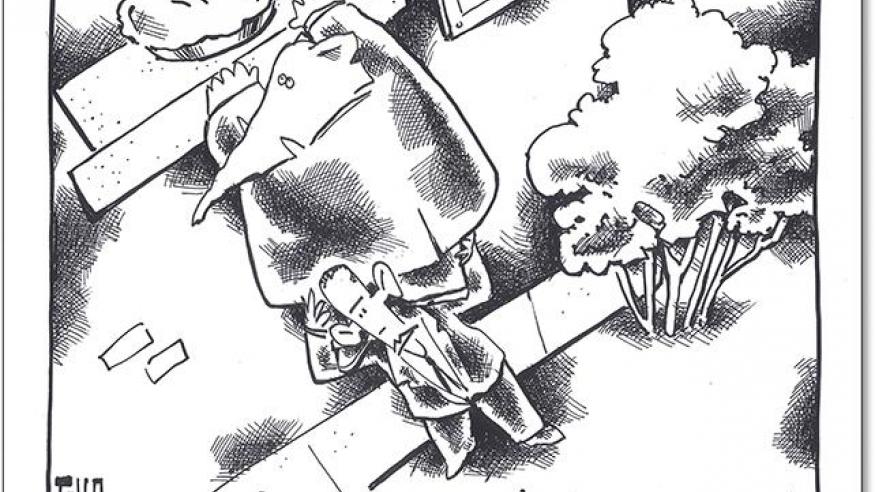 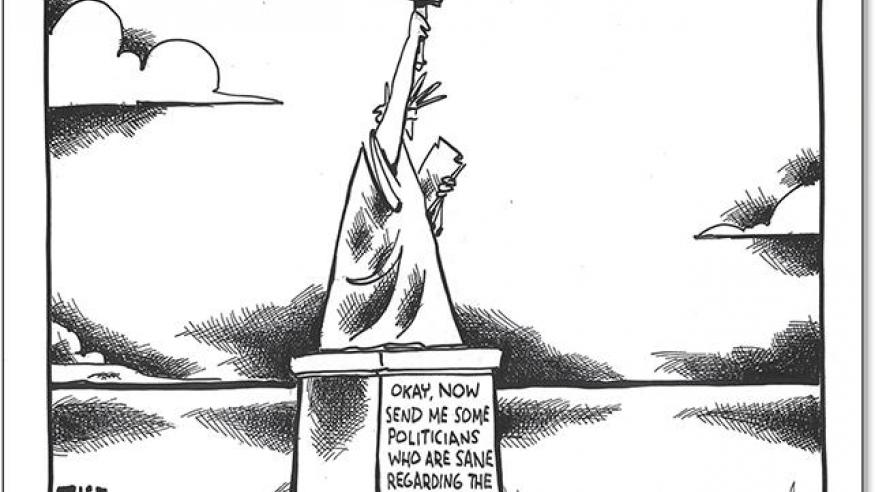 Thank you. You are definitely not the same people who comment on my blog.

Now I will change into my bathrobe and slippers. Actually, rumor has it that in his later years Herblock wore a robe and slippers around the office. That was a segue. I think this legend may have grown some in the retelling. It now includes Herb's ghost walking the Editorial Corridor late at night, in his silk robe, carrying a chandelier, dragging a heavy chain, with his editor attached, and a raven perched on his shoulder. Very picturesque. Now how am I supposed to compete with that? Me? I think I will only be remembered as the cartoonist with the drumstick through his head. Yes I not only HEAR a different drummer, I AM the different drummer.

Anyway, I listen carefully for the sound of Herblock's slippers these days, as I work in Herb's office. Yes, I am afraid it will always be Herblock's office, no matter how long I work there, which if I follow Herb's example, will be another century and a half.

When I came down from Buffalo to interview for the job, I asked if I could sit at his desk. I'm not sure that was appropriate, but I really wanted to see what it would feel like. I thought perhaps my feet might dangle and waggle, not touching the floor. Could I fill his shoes? I thought he wore shoes. But if Herb's spirit has ever whispered anything to me, it has been "Don't try to be Herblock. Be yourself." So here I am at the Library of Congress with a drumstick through my head.

The removal of the drumstick signals a slight turn to seriousness in the talk.

Herblock, all who met or knew him understood, had a demeanor of near-serenity. He was so gentle in person that it is startling to realize the vehemence with which he could draw. My theory is that he got so much venom out through his pen that there was only graciousness left for his persona. Me, I'm still working on that. With drumsticks. But I want to return for a moment to that vehemence. As Herb recedes into history, it is easier to remember him without the rough edges of his work. Time and museum frames will tend to obscure those. But it precisely those rough edges that we need to remember. Because when you believe in something and care about it, that will sometimes manifest as vehemence, and vehemence has rough edges. You can swathe the message in humor and graceful line, but it is the toughness and honesty of the message that makes the point. And makes people think. And makes the enemies. Political art can messy. Like all art. Like music. Like democracy.

There is a fearful danger of turning the acceptance of an award into a litany of thanks to people the audience doesn't know and isn't interested in. But too bad for you. There are a few people I want to thank. People who, whether they intended to or not, were pivotal in setting me on the path that brought me here tonight. Conspicuously not on the list is my wife Gretchen, because 'thank you' does not even come close to expressing everything she has meant to me. Love is the only word for that. But there are six I do want to thank, and I will spare you the details.

My brother George, Jim Brennan, Doug Turner, Roger Parkinson, Jeff Frank. Five out of the way already!
And Fred Hiatt, my current editor, who has given me the what great editors give: trust, respect when we disagree, and above all, unflinching support in the face of controversy. He also gave me the other Herblock Award, the privilege of sitting and working in Herblock's chair.

Okay, two more thank yous. Thank you Herb, wherever you are. You continue to be an inspiration. But the real thanks go to readers who care about this stuff, and family and friends, like you, who came here to share this with me tonight. And so I say thank you to you, and thank you very much.
I hope it was good for you, too.