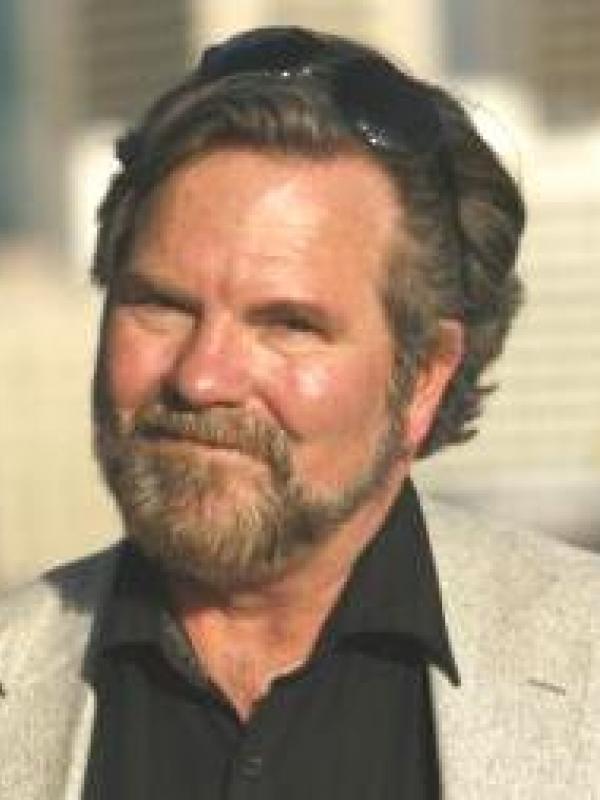 Cartoonist for The Salt Lake Tribune

Bagley grew up in a Republican family in Southern California where his father was mayor of Oceanside, the sprawling Camp Pendleton Marine Corps base. He remained a Republican until the election of President George W. Bush. "He radicalized me," Bagley says of Bush.

He describes himself as a moderate Republican who became a liberal independent during the presidency of George W. Bush. In addition to his cartoons, Bagley has written "101 Ways to Survive Four More Years of George W. Bush" and the "Clueless George" parodies of the children's "Curious George" books.

Bagley began his editorial cartooning career in 1977 during a finance class at Brigham Young University. He doodle a political cartoon which he submitted to the student newspaper, The Daily Universe. It was his first published cartoon and s few weeks later it was reprinted in Time magazine. Six years later he was featured in People magazine as one of America's leading editorial cartoonists. After graduation he worked briefly as a caricaturist in a local mall before being hired as the editorial cartoonist at the Salt Lake Tribune where he has remained ever since.

Bagley's work is syndicated in newspapers in both the United States and abroad. His cartoons have appeared in The Washington Post, The Los Angeles Times, Newsweek, The Wall Street Journal and Guardian of London. 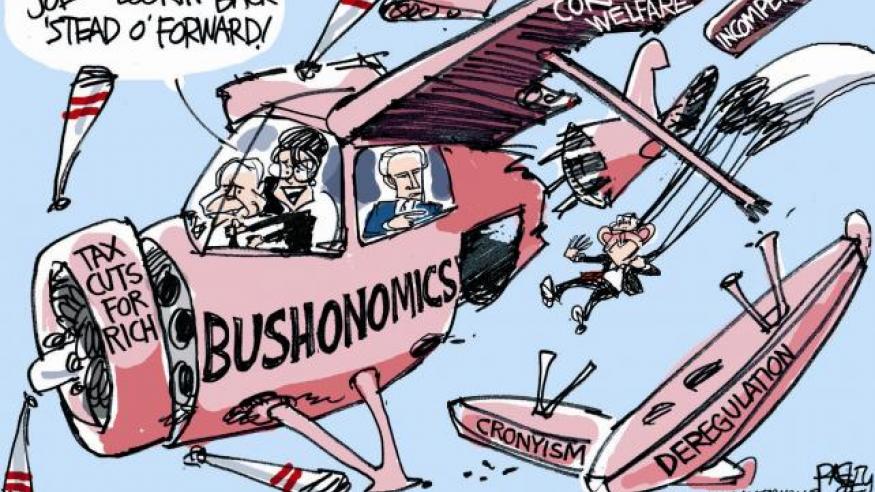 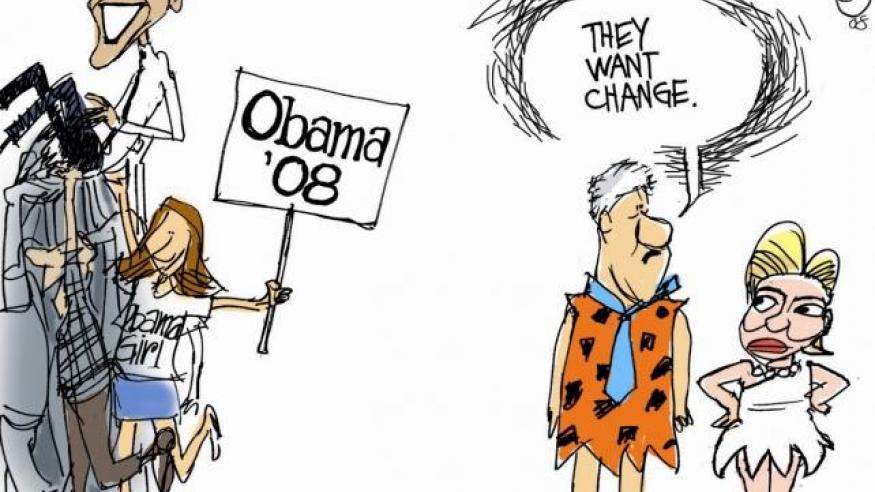 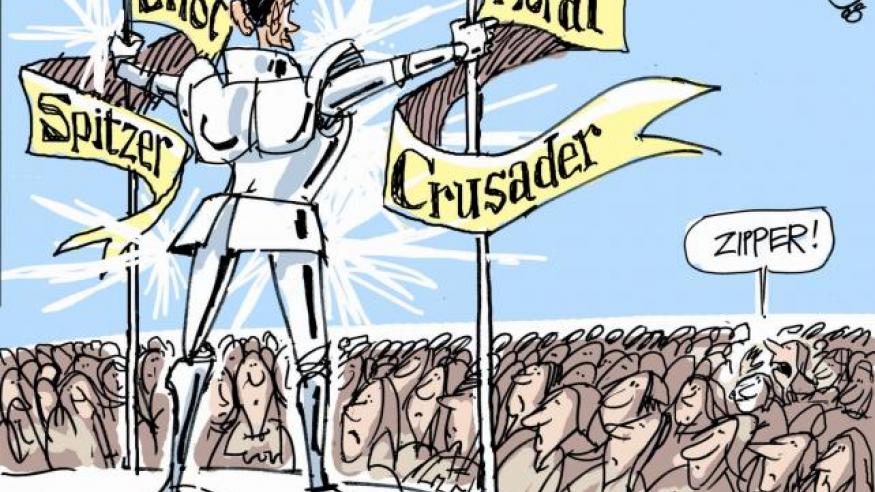 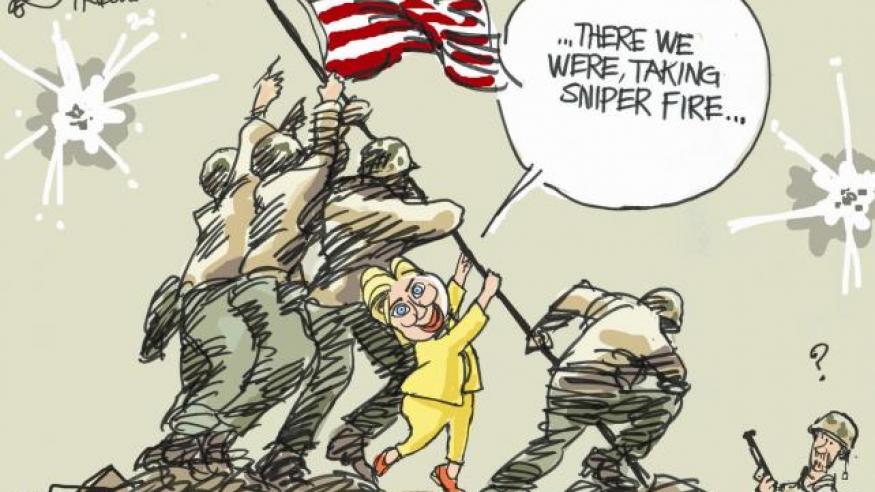 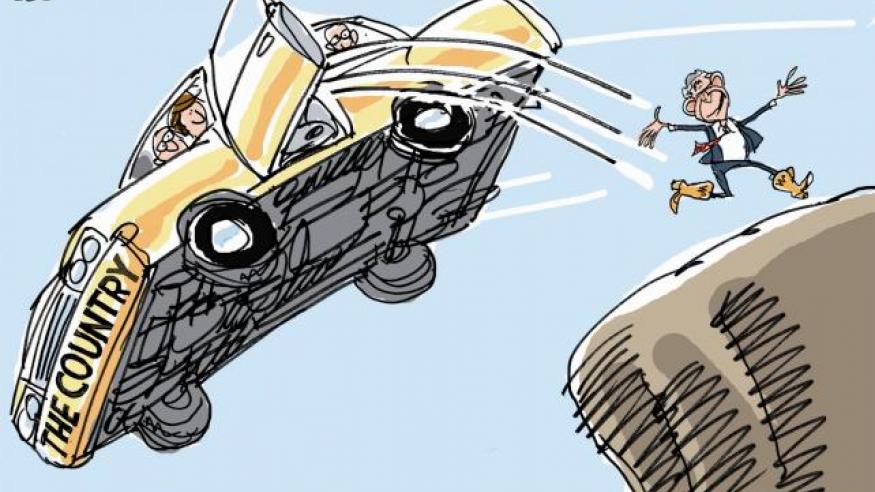 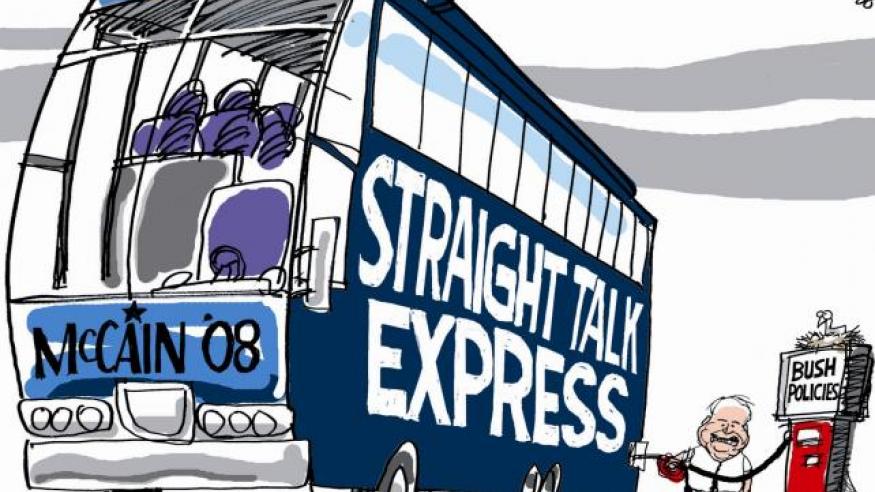 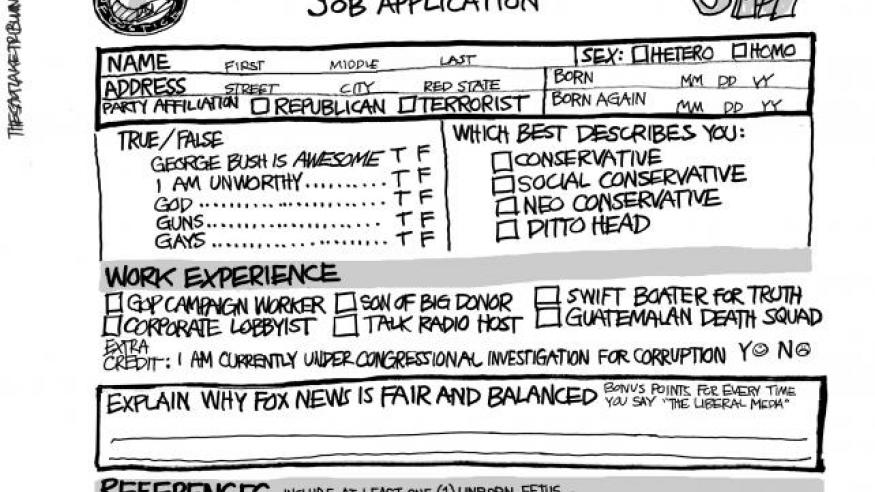 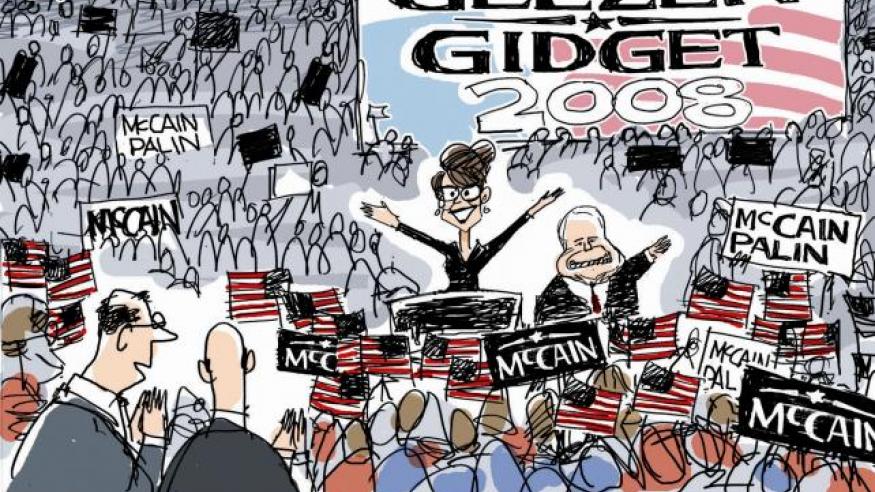 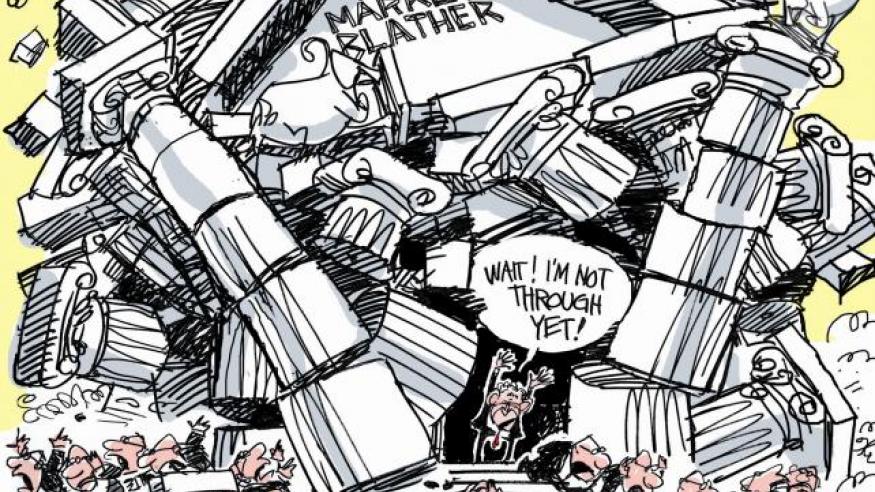 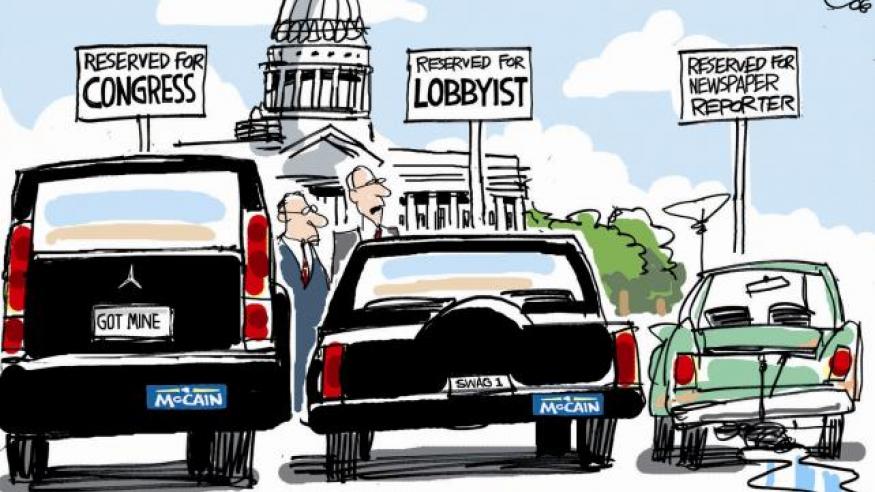 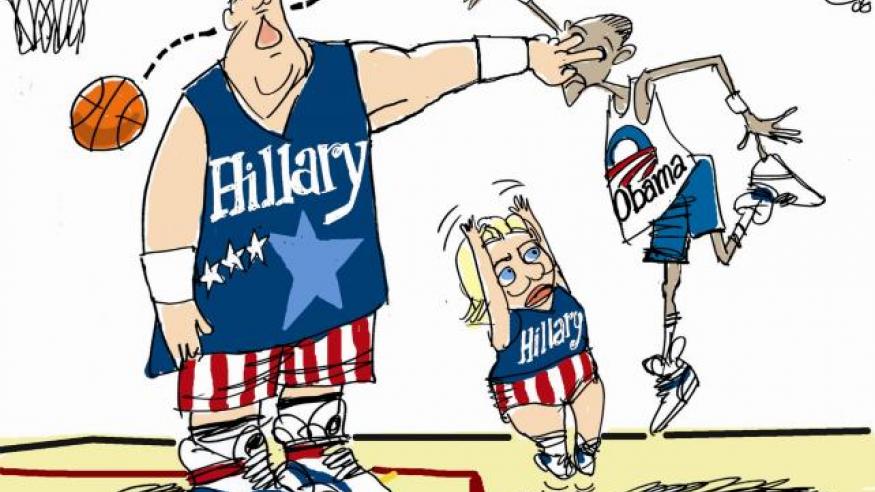 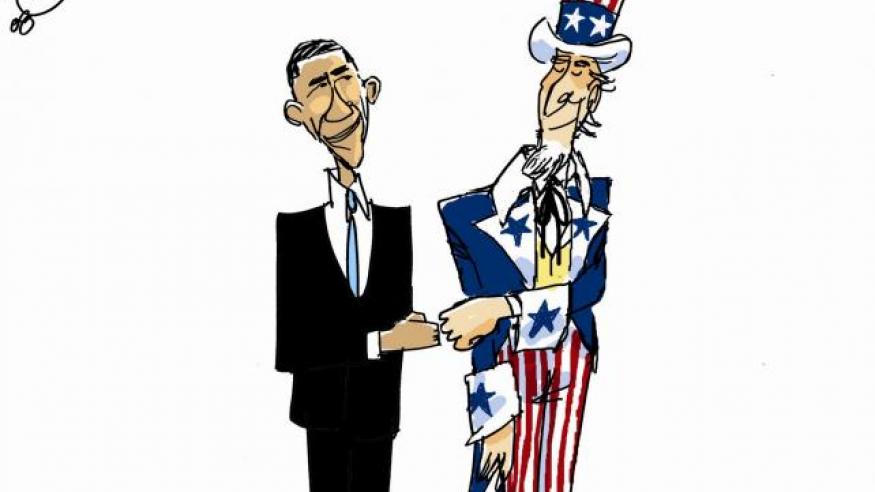 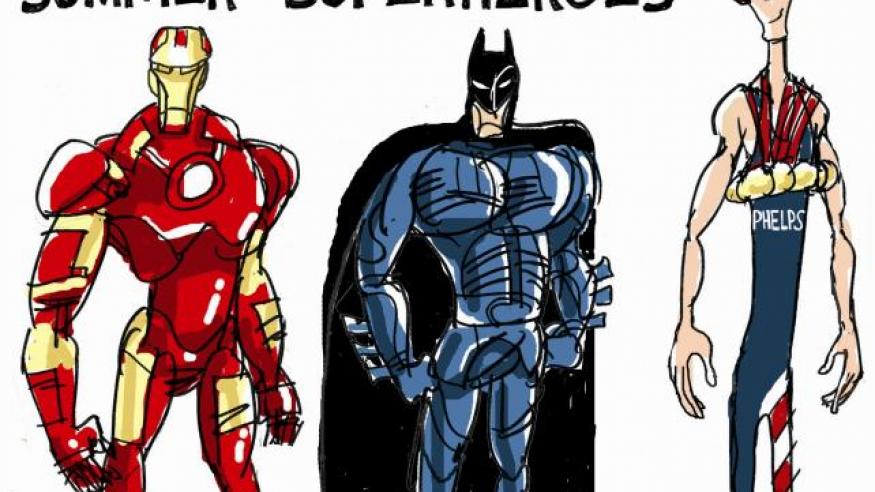 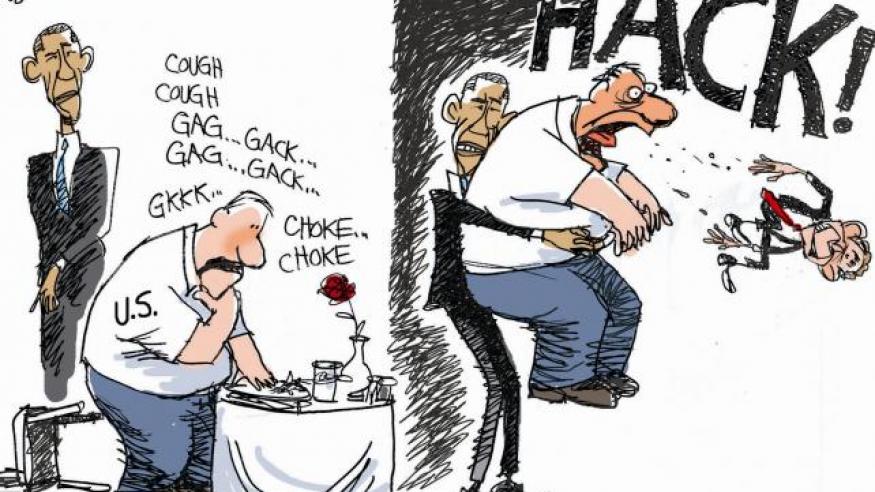 I never imagined I would hear myself say these words: Ted Koppel just stole my best penis lines. It's pretty bad when a cartoonist has to raise the level of discourse. When Frank Swoboda of the Herb Block Foundation called to say that I had won this year's prize, I could tell from the things he asked me that he was intrigued: What was a liberal cartoonist like me doing in Utah, the reddest state in the nation? The short answer is: gathering material. Where else can a woman having eight kids be thought of as unremarkable? Utah is also responsible for giving the nation Karl Rove. (boos, hisses from the audience) Sorry about that. I could also tell that Frank was hoping to find some similarities between his old friend Herb Block and me. Good luck with that. On the one hand, Herblock was from Chicago, on the other hand I am from Salt Lake City. On the one hand, Herblock had the good fortune to be cartooning during the worst presidency ever, on the other hand I . . . . Wait a moment! Perhaps Herblock and I do have something in common. In fact, the more I looked into Herblock's life I realized we both shared a certain cartoonist gene. We even have had similar experiences. Both of us sometimes had to fight like cats to keep our independence. In 1952 The Washington Post endorsed Dwight Eisenhower in its editorial pages. The problem was that Herblock didn't like Ike and made that plain in his editorial cartoons. The Post decided to pull Herblock's cartoons in the days preceding the election, but it says something about his influence that the absence of the cartoons was a kind of shout from the editorial pages. The question, "Where is Herblock?" began to pop up in other media outlets. In the end, its man won, but the Post was embarrassed. In 2004 The Salt Lake Tribune endorsed George W. Bush for a second term. This put me in a quandary. I didn't share my paper's view on the matter. My first impulse was to do a cartoon saying "We're With Stupid" with an arrow pointing to the adjacent editorial. But I knew that wouldn't fly. My second impulse was more subtle. In the end I did a cartoon of Bush with his trademark vacant look staring out from the panel with the words "The Choice is Simple" blocked in beside him. You could take it however you wanted. When I thought about what to say here tonight a part of me wanted to call down the wraith of God on greedy CEOs, on the NRA who thinks that the solution to gun violence is more guns, and on talk radio personalities that get caught with their hand in the oxycontin jar. But on further reflection, I just think I will do what the great Herblock did. Instead of telling you, I will continue to show you. See you in the funny papers.