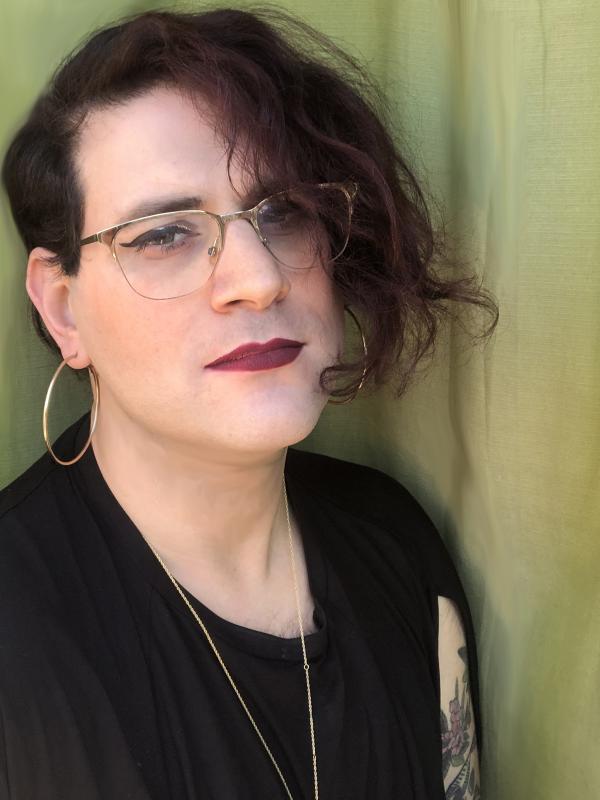 Contributing cartoonist for The Nib

Note: The 2020 Herblock Prize & Lecture for April 6th was cancelled due to concerns regarding Covid-19 and is tentatively rescheduled for October 25th, 2021.

Matt Lubchansky is a queer nonbinary cartoonist and the Associate Editor of Ignatz award-winning magazine and website The Nib (thenib.com). Their work has appeared in The Nib, Playboy, Mad Magazine, Current Affairs, In These Times, VICE, Eater, Gothamist, Brooklyn Magazine, New York Magazine, Food and Wine, The Toast, The Hairpin, and their long-running webcomic Please Listen to Me. They are the co-author of Dad Magazine (Quirk, 2016), author of Skeleton Party (self-published, 2016), and a contributor to and co-editor of the upcoming Flash Forward: An Illustrated Guide to Possible (and Not So Possible) Tomorrows (Abrams). Matt lives in Queens, NY.

The 2020 Herblock Prize judges stated: “Matt Lubchansky is an up-and-coming artist whose work exemplifies the cadence and structure of a new generation. Their work was distinguished by a wise diversity of subject matter and a cleverly askew sense of humor."

The judges were Dan Perkins, pen name Tom Tomorrow, creator of the weekly political cartoon “This Modern World” and winner of the 2013 Herblock Prize; Michael Rhode, archivist and author, commentator on comics for the Washington City Paper and creator of the ComicsDC blog; and Eric Shansby, American cartoonist and children's book illustrator whose work appeared most prominently in The Washington Post.

Find their work at: http://matt-lub.com/