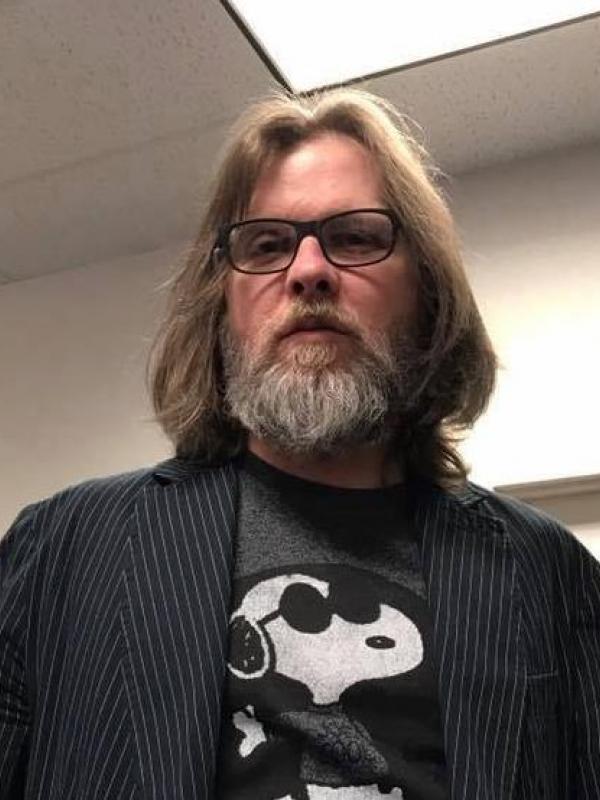 My name is Clay Jones and I do things a little differently than other editorial cartoonist. I am not employed by a newspaper. I am nationally syndicated, but I am not with a major syndicate. In 2013, I left Creators Syndicate to represent myself. I wanted more control over my work and for it to be sold individually, not with a package. When editors subscribe to my work, they're buying just my work.

Since I don't have an employer to scream at me, I don't have to do cliches anymore. No more sinking ships, mazes, going off cliffs, or Santa's lap cartoons. The best part is, I only draw what I want to draw, and I like to draw weird cartoons.

My work is now carried by around 50 newspapers. I'm in small-town weeklies to midsize dailies, to alternative weeklies, to African-American newspapers, to huge dailies like the Mercury News, The Dallas Morning News, The Seattle Times, Las Vegas Review-Journal, The Charleston Gazette-Mail (WV), and the Colorado Springs Gazette, My cartoons are also featured occasionally in The Washington Post, the Los Angeles Times, CNN, and MSNBC. On top of all that, my cartoons are carried by cool websites like GoComics.com, The Week, and The Moderate Voice, along with a few local sites throughout the nation. Plus, a lot of people are retweeting and clicking “like” on Facebook. I rule.

I started my career at The Panolian in Batesville, MS in 1990. I was on staff of the Honolulu Star-Bulletin, filling in for their regular cartoonist in 1997/98, while he took a sabbatical. I worked for The Free Lance-Star from 1998 to 2012. From 2000-2012, I was syndicated by Creators Syndicate.

I am currently providing two cartoons a month for The Costa Rica Star, an online publication that aims for an expat audience. I have won state awards in Mississippi, Hawaii, and Virginia. Last year, I won an award for free speech...by the government of Iran. Yeah, I had to turn that one down. I had a book published by Pelican Publishing in 1997 which is now seriously outdated. The work from the first seven years of my career is archived at the library at Mississippi State University.

I'm also a local rock star if you ask me, and I have made an album of angry rock music. When not cartooning, I spend most of my time reading, yelling at my TV and assorted electronics, thinking about ice cream, and not sleeping.