President–watching was part of the job of being a political cartoonist, and Herblock insisted that no president was “above caricature or comment.”

From Herbert Hoover to George W. Bush, Herblock took every opportunity to let our presidents know he was right there with a keen eye and a bottle of ink. He spent most of his time at the Washington Post where he worked from 1946 to 2001. Over seven decades Herblock portrayed thirteen presidents with characteristic humor, intelligence, and a passion for good government.

Herblock insisted that no president was “above caricature or comment.” President–watching was part of the job of being a political cartoonist. From Herbert Hoover to George W. Bush, Herblock took every opportunity to let our presidents know he was right there with a keen eye, comments and a bottle of ink. He spent most of his time at the Washington Post where he worked from 1946 to 2001. Over seven decades Herblock portrayed thirteen presidents with characteristic humor, intelligence, and a passion for good government.

END_OF_DOCUMENT_TOKEN_TO_BE_REPLACED

1. Two Presidents Meet
Suggest students choose two presidents from different time periods, of at least 50 years or more. Have the students research each president to define what they stood for, accomplished, hobbies, background and what they looked like. Ask them to write up main points on each president to find conflicting traits between one president and the other and create an imaginative setting for a meeting and draw, perform or write up a description of what happens during this unusual interaction.

2. Interview: Favorite and Least Favorite President
Have students conduct an interview with someone over the age of 50 by video tape or audio recording with pictures. Suggest to the students to ask their questions in an interesting and telling manner, giving background on the presidents the person chose, as well as personal information on the person interviewed. Watching interviews online could help students choose questions and an interview strategy.

3. Artist Book on How to be President
Show a film of a presidential debate and have the class write down their impression on body language, speech patterns, physical appearance and communication skills. Ask the class how important these points are to hold the office of president and take a vote on which president won in each category. Assign the task of creating a tongue in cheek or serious book on how to be president. Show examples of various ways to create books by handing out from samples found online. Students can use formats such as children’s books, how-to books, comic books cookbooks or even a fashion magazine.

4. Liberal and Conservative Source Cartoons
Give the assignment to students to collect a liberal cartoon and a conservative cartoon everyday for a week. Have them research the issues presented in the cartoons and post the cartoons on a board with their written thoughts on what the cartoons are saying. Encourage students to recognize opposing views on similar issues.

5. Thought Bubble and Words
Suggest students familiarize themselves with a political issue close to their hearts and have them draw a cartoon that shows a chosen president’s thought bubble and written caption in conflict.

6. President as Creative Entity
Have the students choose writing, drawing, video or performance to portray a president as a creative entity: sculptor, baker, construction worker, garden designer or artist. The work itself, the president’s creation, will be a metaphor for his vision for the country. Have the class think of both the process and end result of this creation: how it looks, what it resembles, what is it made of? Explain that the material and mediums for the creation do not have to be realistic, to help encourage their ideas for both sophistication and directness. 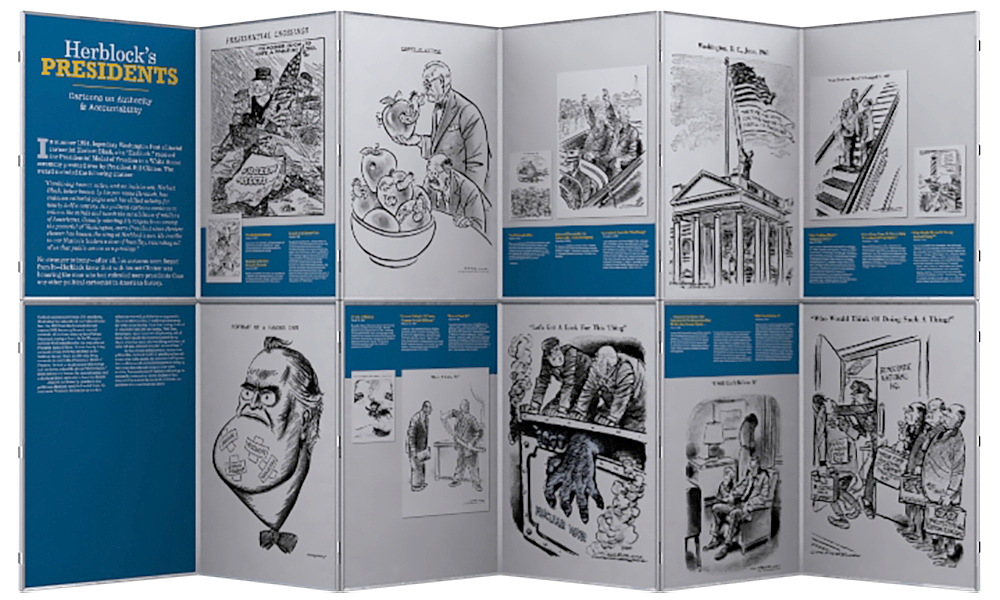 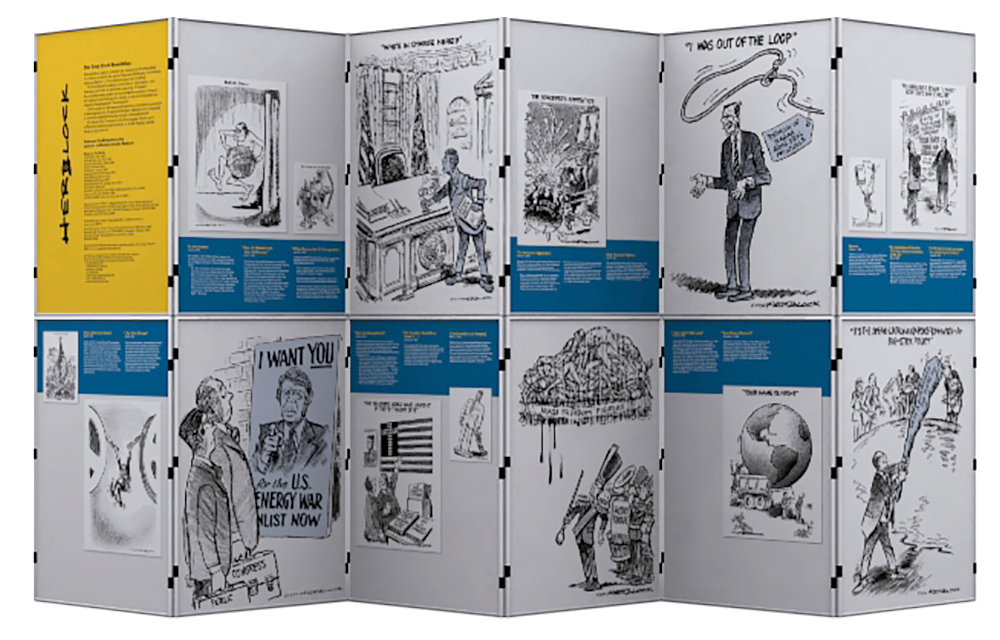